When it comes to brownies, I feel like everyone has their go-to recipe, and the idea of yet another brownie recipe seems so ho hum. But these raspberry swirl cheesecake brownies are not your typical brownies. These brownies are decadent, chocolaty, creamy and fruity, all in one bite. Fresh raspberry jam is swirled into a creamy cheesecake topping that is swirled into intensely chocolatey and fudgy brownies. The raspberry jam is sweet-tart, with a concentrated fruity flavor. The cheesecake swirl is creamy and tangy and is super delicious with the raspberry and chocolate. While there are a few components to making this recipe, they're easy to prepare in advance, and can be assembled before baking. 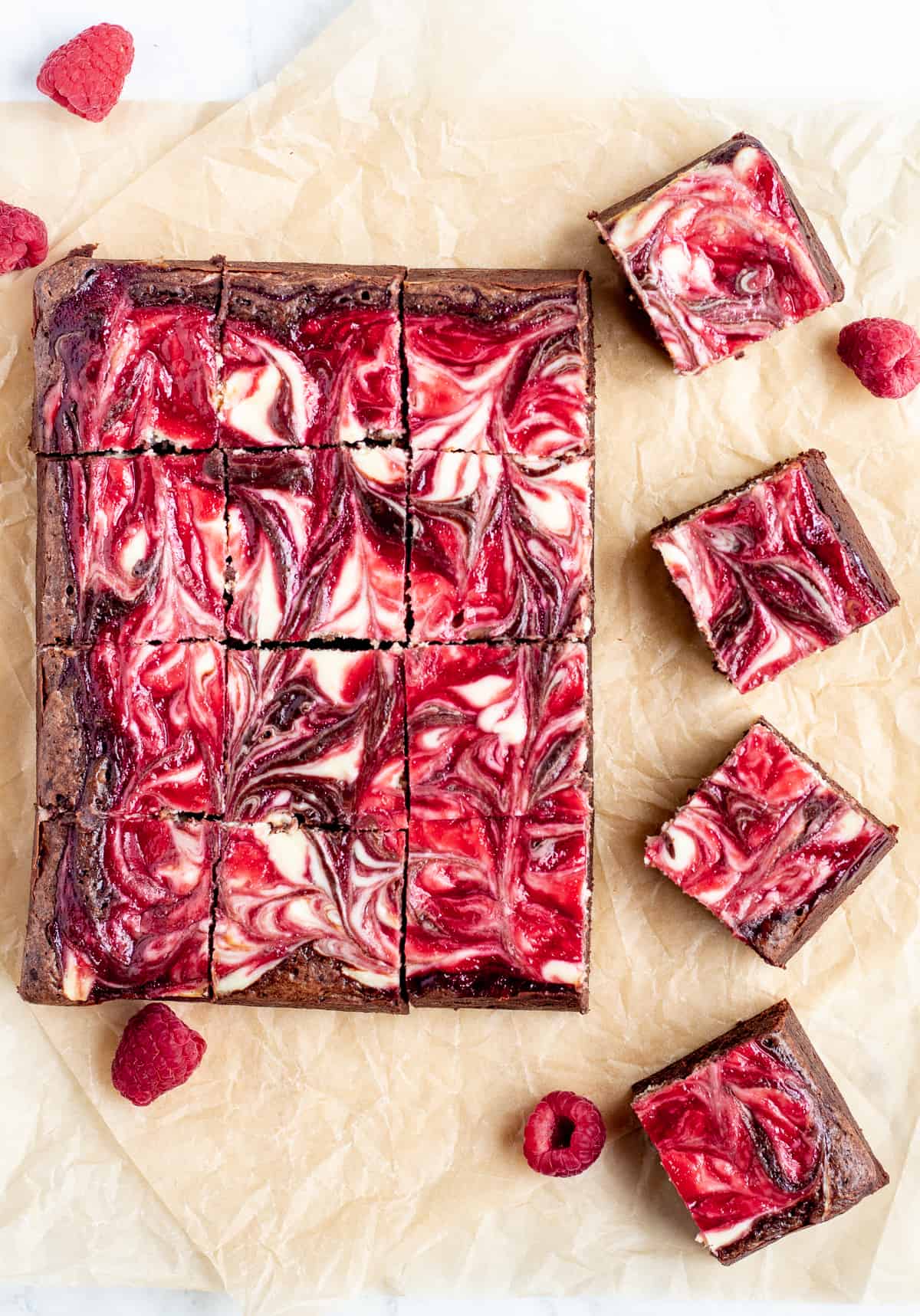 This super small batch of fresh raspberry jam is easy and can prepared quickly. I prefer using fresh raspberries, but you can use frozen if you prefer. To make the jam, combine sugar and raspberries into a saucepan with a bit of lemon juice. The juice will help retain the bright pink raspberry color and add a pop of freshness to the jam. Bring the mixture to a boil and let it reduce, stirring occasionally. That's literally it. The raspberry jam will be thickened and super concentrated in flavor. After straining out the seeds and pulp, pop in the fridge to cool and thicken up further. Not only is this jam fabulous in these brownies but it’s also great for drizzling on ice cream, mixing into butter creams, spreading on scones and even for mimosas. 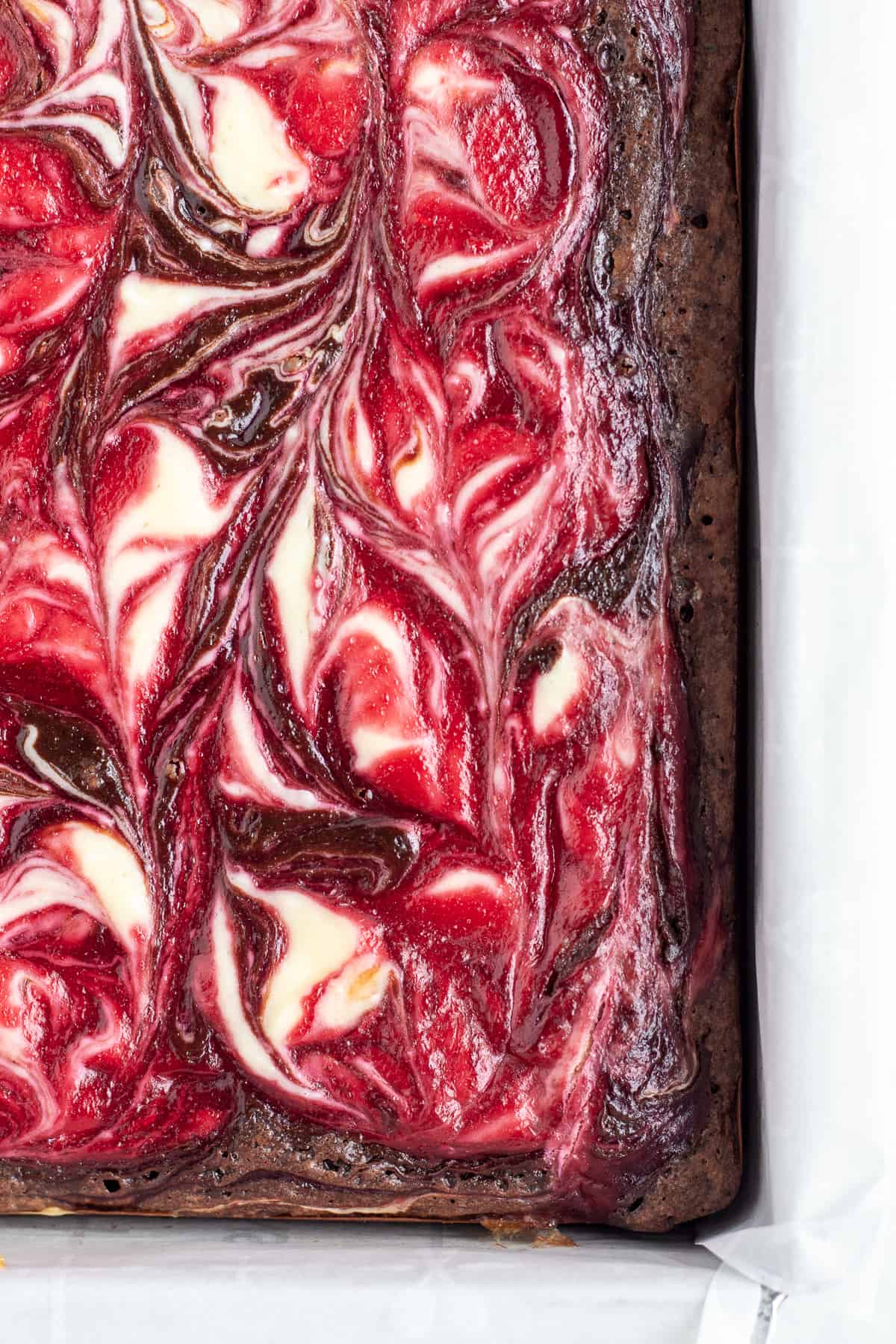 Cream cheese is mixed together with an egg yolk, sugar and vanilla. Be sure the cream cheese and egg yolk are room temperature before mixing so the cheesecake doesn't curdle. Once the cheesecake batter is mixed until completely smooth, set aside and prepare the brownie batter. If you're assembling your brownies at a later time, cover the bowl and pop the the cheesecake mixture into the fridge.

This brownie recipe is dense and intensely chocolatey. No cakey brownie here.  It’s my absolute favorite and I use variations of this brownie recipe all the time. Be sure to use higher quality chocolate here because the chocolate flavor is everything in these brownies. Butter is melted with chocolate and espresso powder. The sugars are whisked in to the warm mixture to dissolve a bit and bring the mixture up to a cooler temperature so that when the eggs are added, they don't scramble. Eggs are whisked in one at a time, followed by vanilla. Cocoa powder, flour and salt are added until *just* blended. Don't over mix or the brownies will be tough. 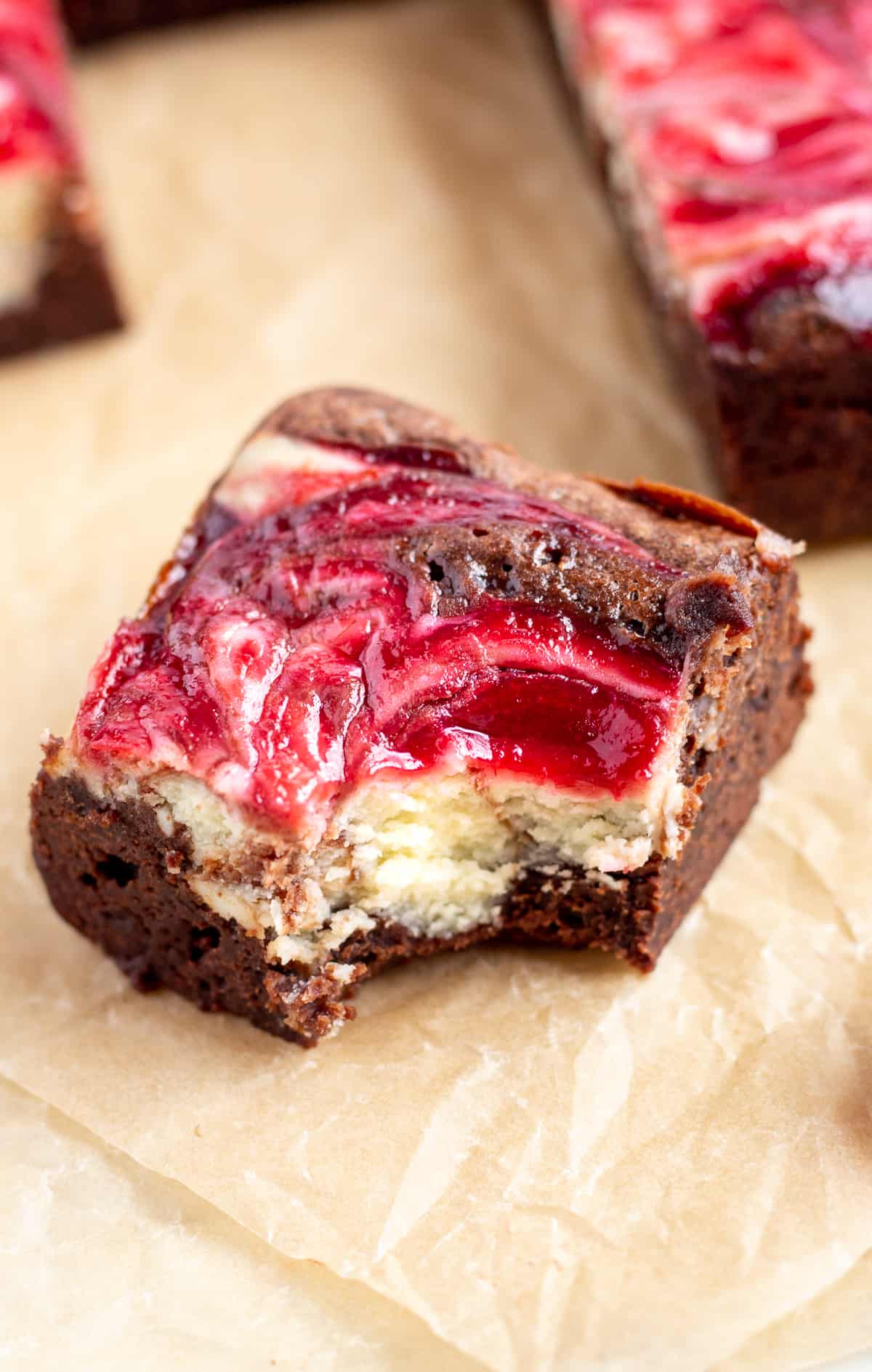 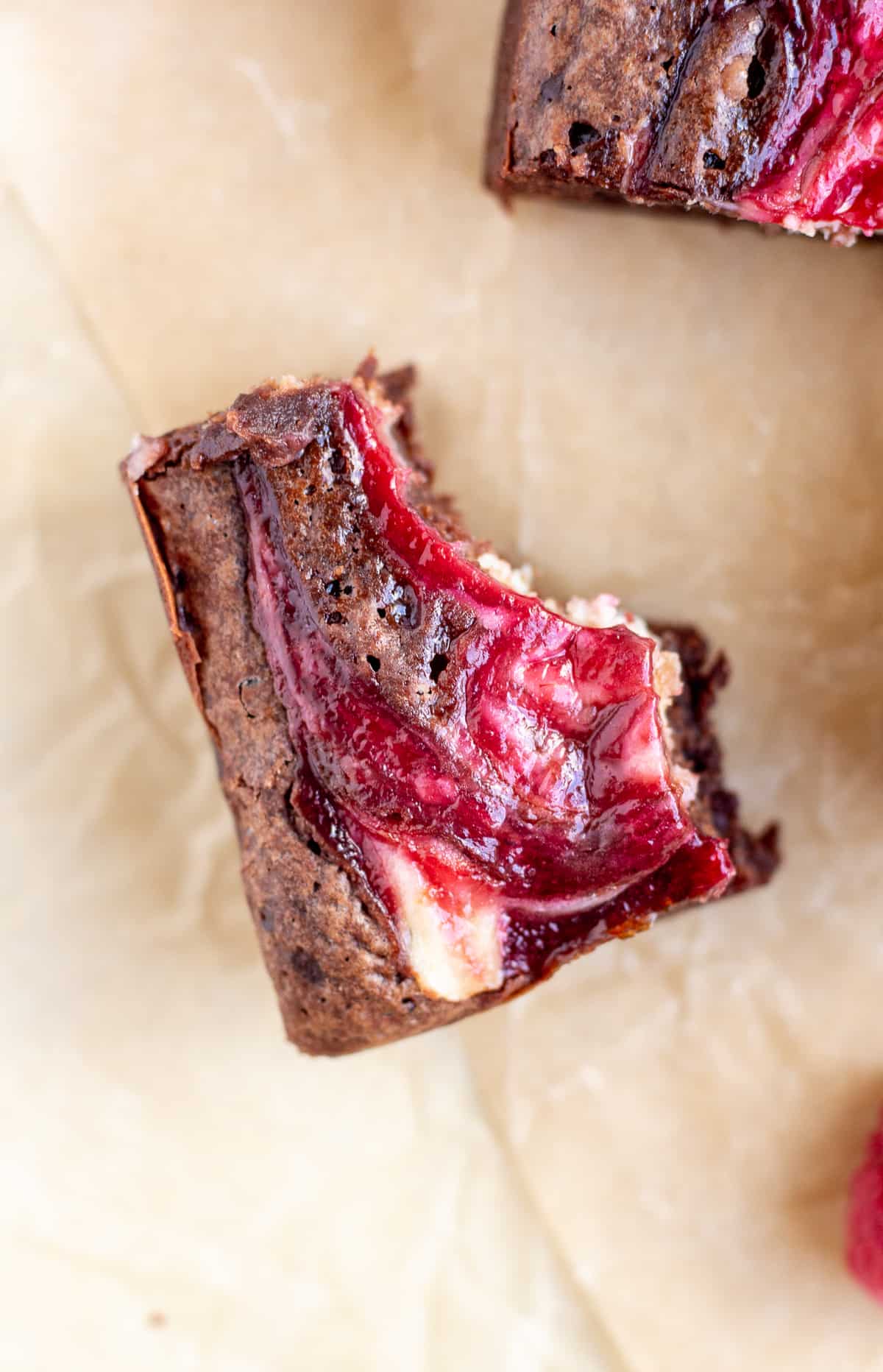