I scream! You scream! We all scream for easy no churn ice cream! Total cheeseball, I know. But yes, you can create creamy, super flavorful ice cream without a machine and without having to drop loads of money at the ice cream shop. Made with just 5 ingredients and loaded with gooey brownie bites, this coffee brownie no churn ice cream is super easy and super fast to prepare. The only thing that takes any time is waiting for it to freeze. It's a make it and leave it dessert, that can be kept in the freezer for any time a craving strikes. Which is always for ice cream, right? 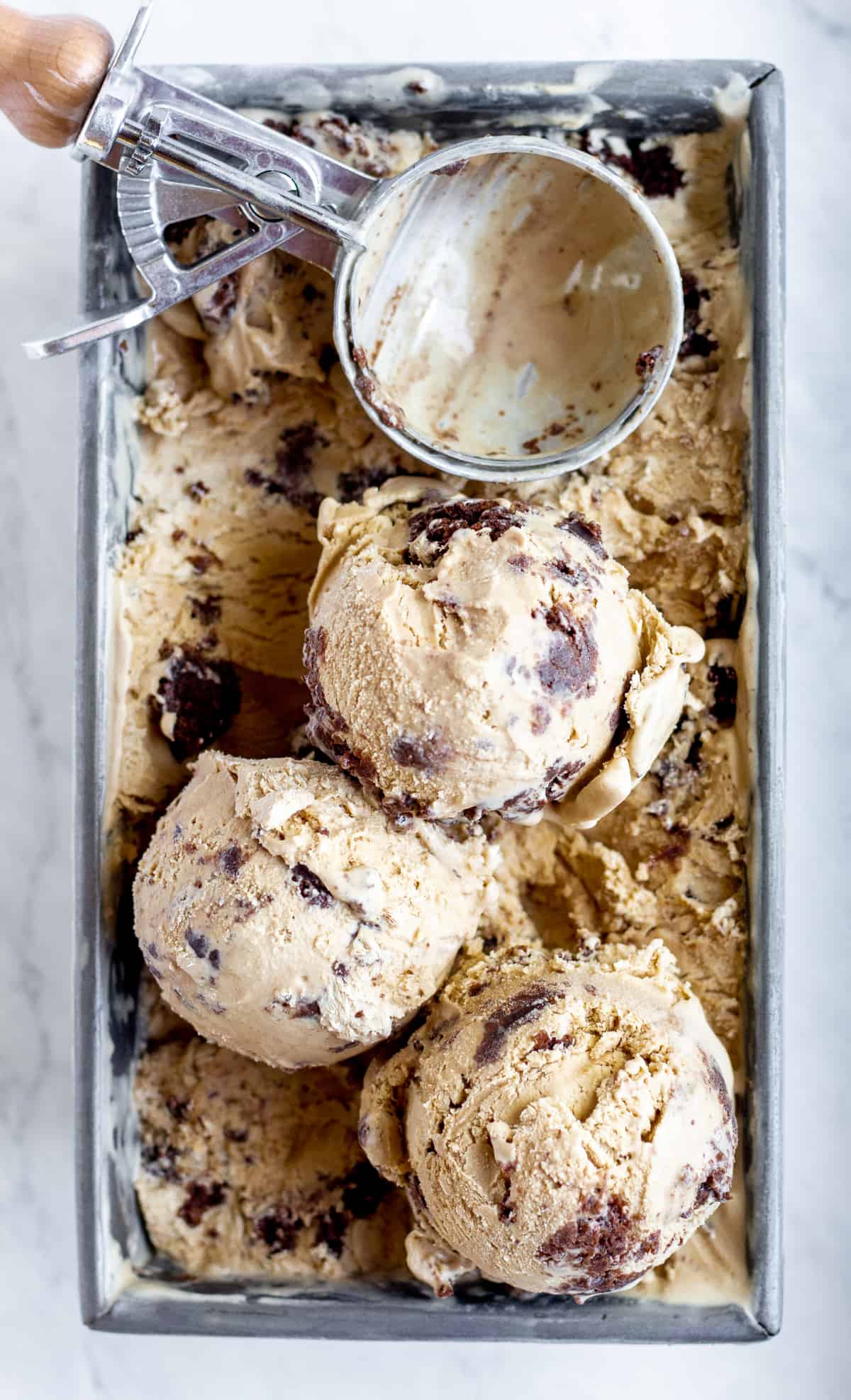 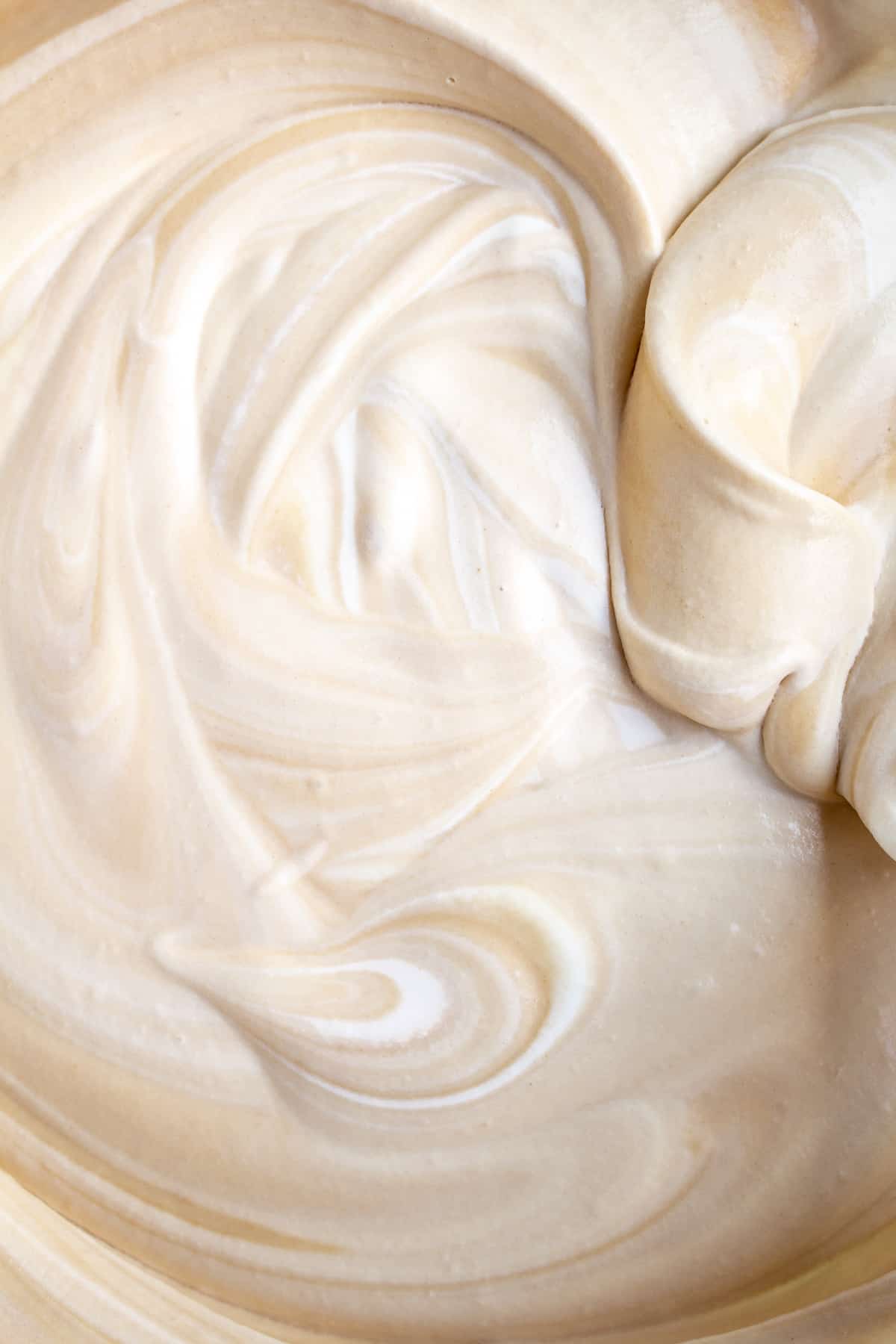 You can use store bought, box mix or scratch brownies for this recipe. I've linked up my small batch brownie recipe below.  This recipe bakes up into a nice short layer to serve as a base for various types of bars, or in this case, to chop up and mix into ice cream. You won't use all the brownies in the ice cream, but set aside any extra to serve with your coffee brownie ice cream once it's frozen. 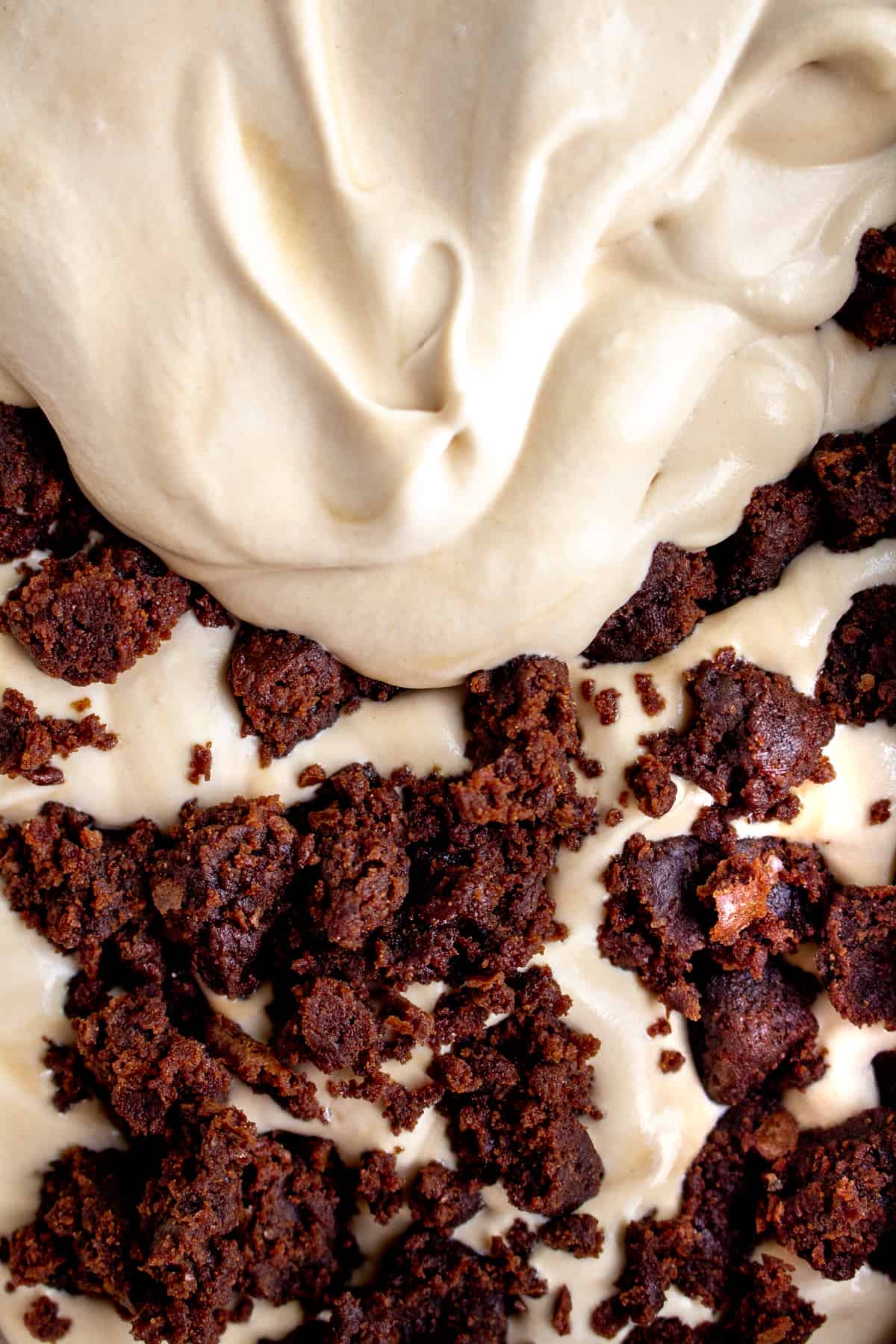 How to make no churn ice cream 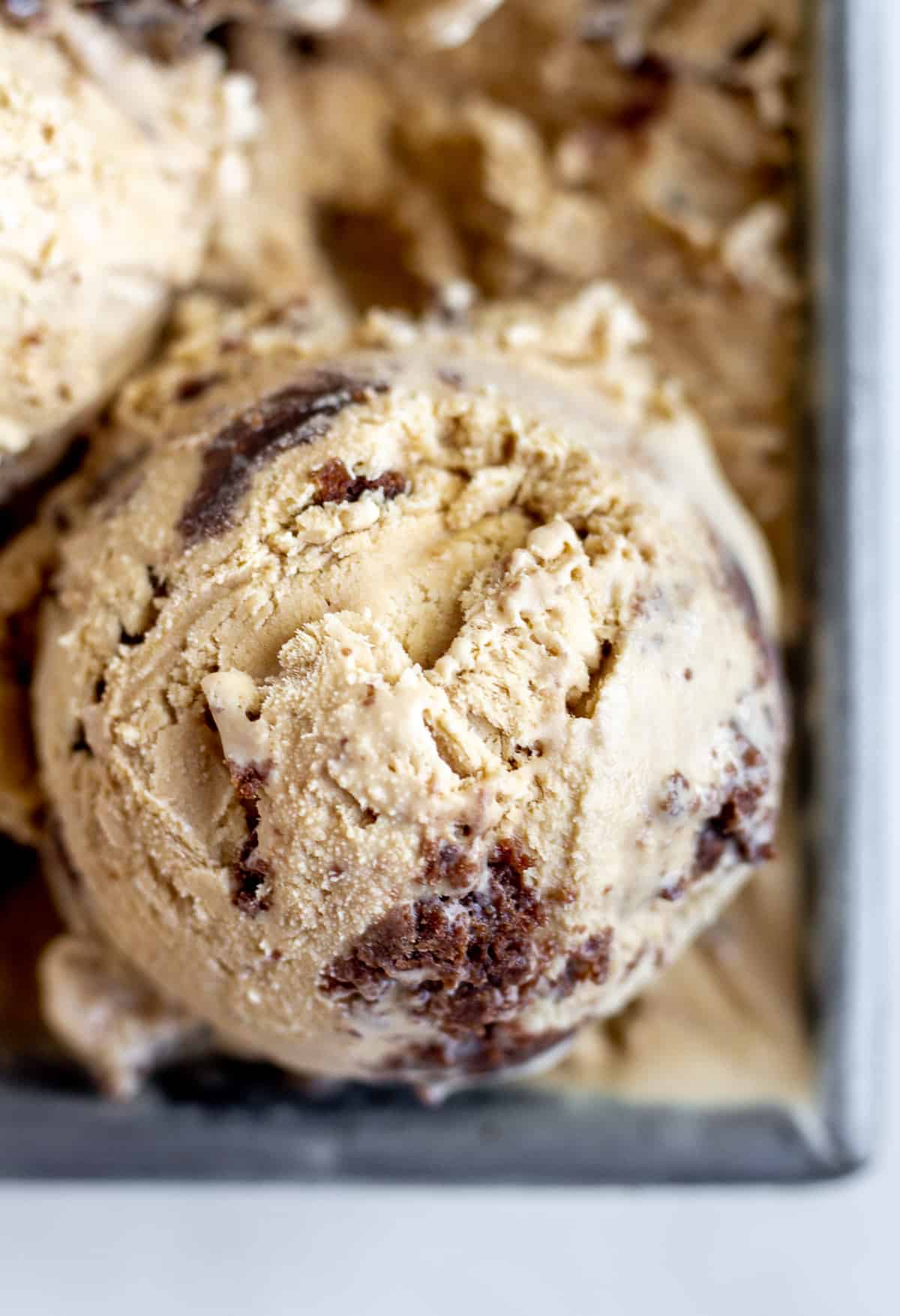 Feel free to change it up a bit. Don't feel limited by the brownies here. Add ins are endless. Swirl in nutella or salted caramel. Replace the brownies with Oreos or cookie dough. Infinite ice cream possibilities. 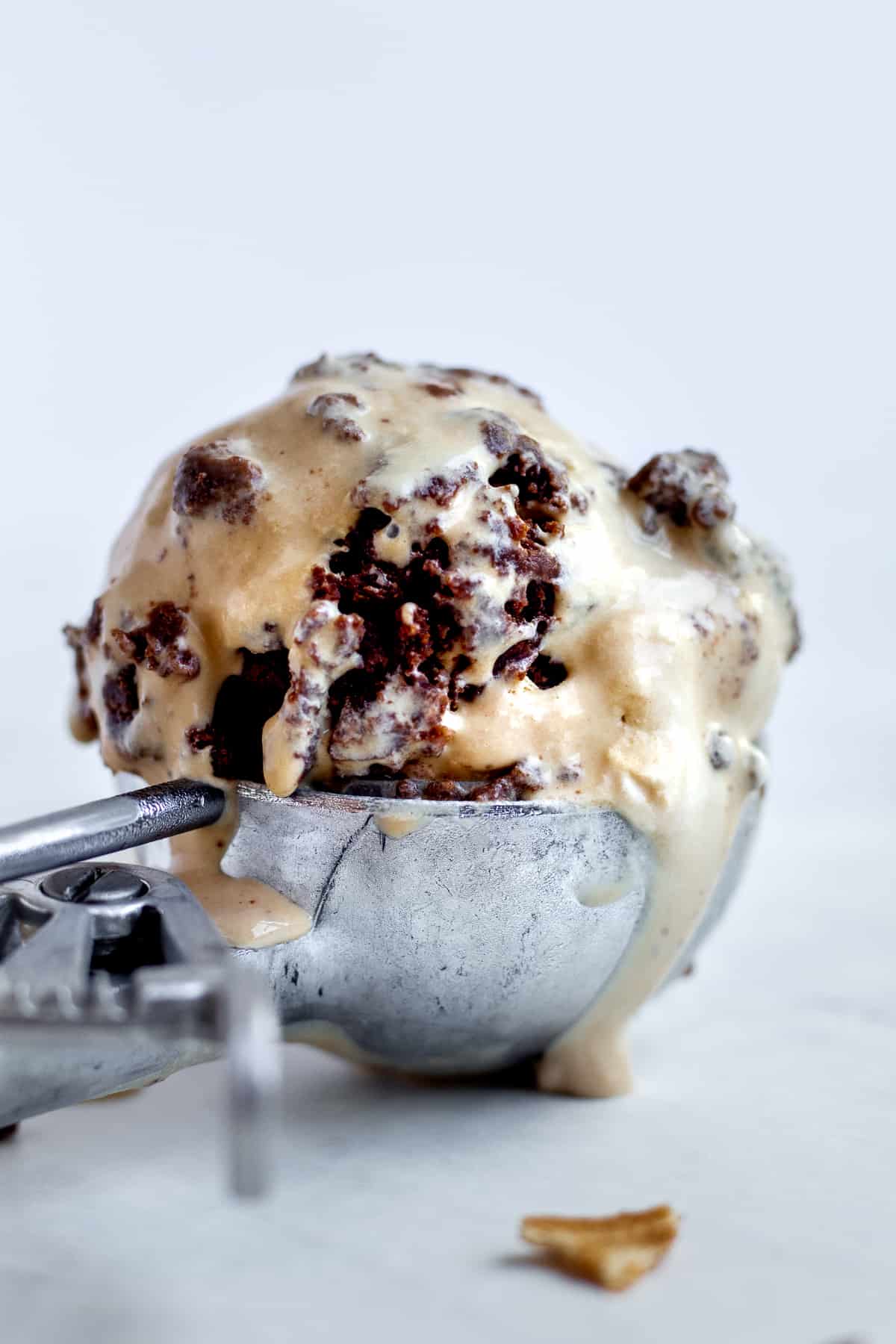 For more frozen treats, check out these recipes: 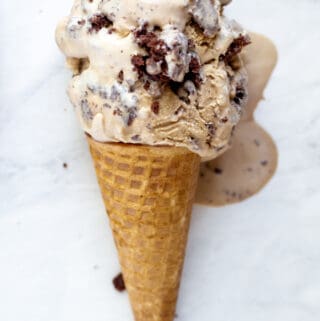 Tried this recipe?Let us know how it was!
« Funfetti Vanilla Cupcakes with Chocolate Fudge Frosting
Under the Sea Cake Tutorial »